Today is Veterans Day in the United States.

I can remember vaguely when it was called Armistice Day, and poppies were sold on street corners in New York. Then memory lapses.

Add over a decade of growing up and school years, and the change got lost in the shuffle.

(This is not to be confused with Memorial Day, which falls at the end of May and honors all those who died while serving in the military.)

Veterans Day honours all veterans. And in that spirit, here’s a bit of the first speech in 1919, when it was called Armistice Day and celebrated the end of World War 1. 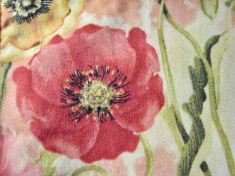 “A year ago today our enemies laid down their arms in accordance with an armistice which rendered them impotent to renew hostilities, and gave to the world an assured opportunity to reconstruct its shattered order and to work out in peace a new and juster set of international relations. The soldiers and people of the European Allies had fought and endured for more than four years to uphold the barrier of civilization against the regressions of armed force. We ourselves had been in the conflict something more than a year and a half…”

Hello, Lovely Readers! I do hope you’re enjoying your day, wherever you are!

Thought I’d share the above piccie from Chitown days. There was a lovely  flower shop right next door that opened the day I moved into my loft. They often had lovely stems as well as full bouquets. I do sorely miss the flowers and the people …

Meanwhile, what’s up with my sewing?

Believe it or not, I’m still working through Love to Sew’s “Create your Dream Wardrobe” booklet (right).

Yep, since September (here and here). You can get your own copy by signing up for Helen and Caroline’s newsletter.

Lots to share but time’s winged what’s it says it’s time to sign off. Dinner’s about ready. 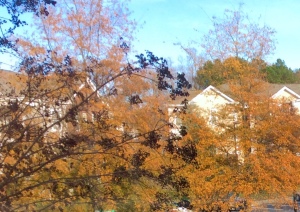 “Before the days of James the First, a group of English farmers disagreed with the Church of England. “They will conform,” said King James, “or I will harry them out of the kingdom.” They didn’t confirm, and he harried them out of the kingdom. They got on a ship called the Mayflower and sailed to the New World, and landed at Plymouth, Massachusetts, and established a colony. And since they called themselves “pilgrims” they became known to American history as the Pilgrim Fathers…

“…the Pilgrims were befriended by the native Americans… who taught them how to fertilize the land with eels, how to grow Indian corn and eat it off the cob, and how to cook and eat an American bird called a turkey. And the next autumn, when the Pilgrims reaped a bountiful harvest, they invited the Indians to a feast where everyone gave thanks to God for the harvest. That feast was the first American Thanksgiving…

“…the real hallmark of Thanksgiving is the homecoming of family members… So every Thursday in November, I lift a martini glass in salute to Samoset and the Pilgrims, who gave us the warmest homecoming holiday ever Made in America.” 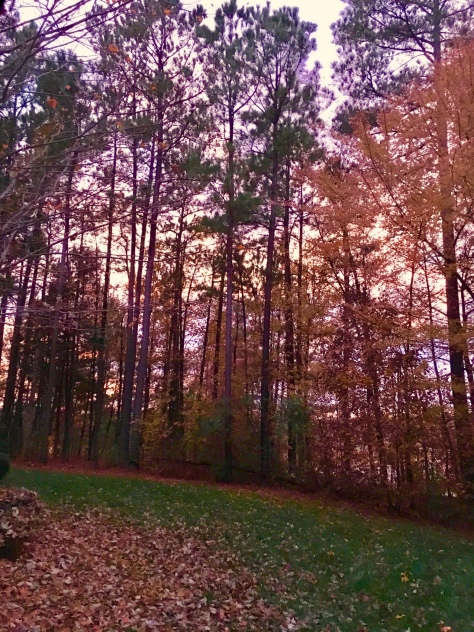 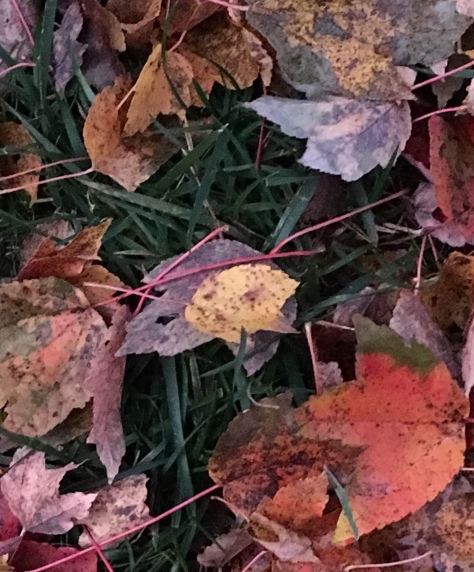 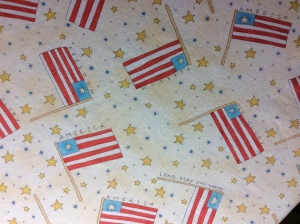 Cannot remember when I found this fabric, but it might have been California days.

❤️ May your today sparkle ❤️

This is another remnant from my Chicago fabric collection. It was found at Vogue Fabrics and added shortly after what’s now my recent skirt.

I’m leaving the piccies huge so you can see the details. I think that embroidery is upside down. Just realised the embroidered shape, if it were more pronounced, might be a bit of a prob, or am I being paranoid?

This is one yard of medium weight unknown fibre, 60 inches wide with 30% stretch.

Never considered it for anything except a bottom something er other, due to weight and inside texture. (I hate having to line things. Much easier to make a slip.)

Which I’ve been planning on doing with both these pieces (below).

And delving amidst the collection, thinking about slips and such, these two pieces of rayon came to mind. After searching for threads, came up with some make-do’s.