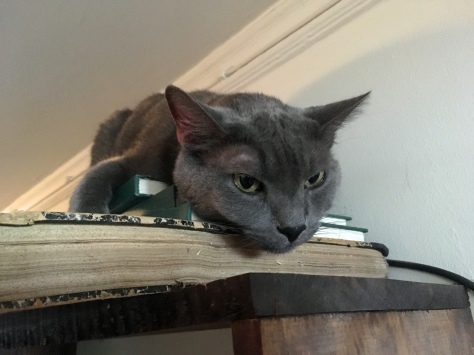 Hodge joined Keith in retirement, and now prowls around Keith and wife Gail’s apartment, whilst lording it over their other cat, Ma’at.

In January Keith sent this along with a few other photos to remind me of what winter in Chicago looks like. 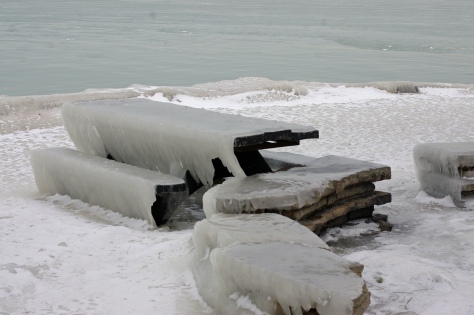 (Those not familiar with the Windy City should know it’s got huge Lake Michigan all along its eastern side, and is known for having very cold winters.)

“I went out last week to take photos at ‘the Point’ – Promontory Point, the park just outside our door – where trees near the lake get covered in frozen spray on windy days. And, this was from days when the temps were fairly normal, though below freezing – I’m going out again maybe on Friday when temps moderate to see what things look like now. We’ve had 25-30 mph wind for a couple days now.” 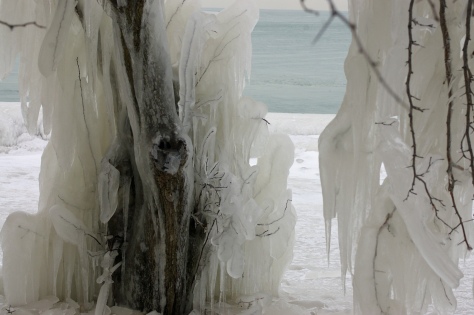 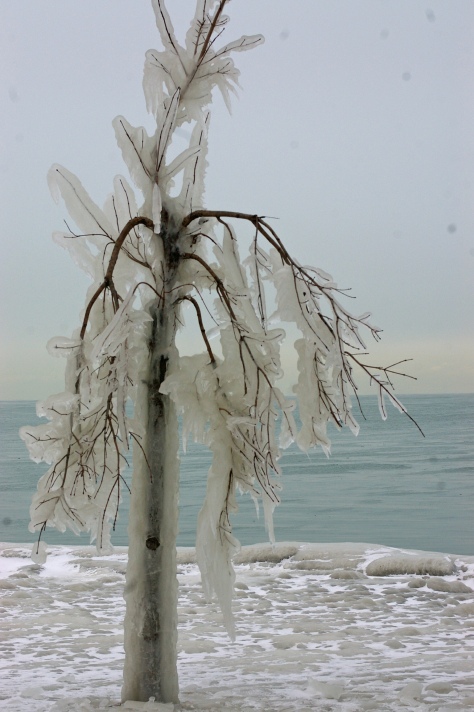 A bit more about the Point here.

When I touched base with Keith this week he wrote, “I took a walk around the point the other day, and one of the trees I photographed looks like it didn’t survive the ice and the later polar vortex we had. Everything is leafing out, but that one looks like a broken stick in the ground.”

Sincerest thanks to Keith for sending these, and for permission to share with you Lovely Readers!